FFA Member of the Week: Zombies, Speeches, and FFA!


There are over 9500 ambitious and enthusiastic FFA members in the state of Minnesota.  We are thankful for everything that these talented and driven FFA members do to improve their chapter, serve their community, increase agricultural literacy, and promote leadership.  This is why our team has decided to start something NEW and EXCITING to recognize some of your amazing accomplishments!  We are all looking forward to starting this new tradition!  So here it is....

FFA Member of the Week 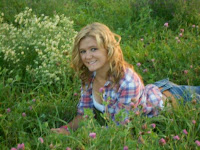 Katie Anderson got her first taste of FFA when she got to try on her mother's blue corduroy FFA jacket at the age of 6 and grew up hearing stories from her mother's experiences in FFA.  She was inspired to one day have her very own FFA jacket with her name stitched into the fabric and the emblem proudly displayed on the back.  So in the 8th grade, the first thing she did was become a member so she could become a leader and discover new opportunities.

Since joining FFA, Katie has loved being involved in several Career Development Events as well as serving as a Chapter FFA Officer.  She is even currently serving as a Region III FFA Officer!  She has attended both State and National FFA Convention.  Her favorite FFA experiences so far include attending FFA camps.  She has been to both SGLC and SLCCL!

Katie always loved visiting her grandparent's farm and lending a helping hand when she could, but she has brought her passion for agriculture, agricultural education, and FFA to a new level!

In order to gain support more support for Minnewaska's FFA chapter and Agricultural Education program from her community and school district, Katie has done a quite a few really amazing things! 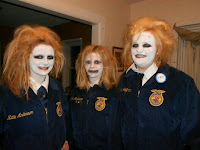 For Halloween, Katie and a couple friends decided to dress up as FFA zombies!  Instead of going around asking for candy, she and her friends handed out information about FFA and Agricultural Education in Minnewaska and told community members how important both are to her and the students in Minnewaska.  Talk about being true advocates!

Katie has coordinated meetings with her school board and Mr. Joel Larsen, the MN State FFA Advisor, to help them understand and recognize the benefits of agricultural education and FFA.  She has also written speeches about FFA and how it has impacted her life, and prepares to present them to her school board.  Always telling her FFA story to anyone that will listen! 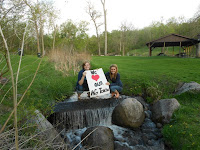 Katie carries the spirit of FFA with her where ever she goes and does what she can to keep communication strong between students, community members, and FFA members to keep her FFA chapter alive.  In the future, she aspires to one day become a MN State FFA Officer as well as becoming an Agricultural Education teacher so she can continue the FFA tradition and do what she loves!

Congratulations to Katie Anderson for all of her accomplishments and innovative ideas, and to being the FFA Member of the Week! 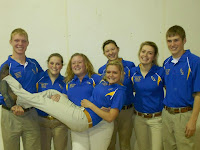 Posted by Minnesota FFA State Officer Team at 11:45 AM 2 comments:

On Friday, the team had the chance to meet with one of MN FFA's Distinguished Star Partners and supporter of the Teach Ag Campaign.  CHS Inc. is a cooperative that works with transporting grains and energy.  We were able to tour the facilities in Savage, MN and the headquarters in Inver Grove Heights.  While at the Savage location, we were guided by Greg.  Greg told us about everything that CHS Inc. is involved in and he always had a couple words of wisdom to go along with it.  And this wisdom is just too good not to share....

"I wish I were in your positions.  At your age and being in FFA, you all have more opportunities than you could imagine and you have the whole world in front of you."

How can you disagree with that?  Greg is as right as it gets.  We have the whole world in front of us--but this doesn't mean that we will find success just sitting around doing nothing, we have to go out there and do something.  Being in FFA gives you the opportunity to prepare for your future, develop your leadership skills, find your lifelong passion, and be the person you want to be, so don't let it pass you by!

"All we do here at CHS Inc is move grain, but the key is that we do it better than anyone else."

Take a moment to think of all the opportunities you have in your life--right here, right now.

Now decide which of these you are going to pursue.  What are you going to do with your life to make it purposeful?

So how committed are you going to be to that opportunity, that way of life?  CHS Inc. is completely committed to what they do, which is why they are so good at it.  So are you going to push yourself to do your best?  Is your best better than anyone else's best?  Whatever you choose to do, do it whole-heartedly and truly invest yourself, because giving it anything less than what you are really capable of is a waste.  This is our world and it's up to us to make it better than how we found it, but we need YOU to do that.

Stationed by the Ear of Corn,
Sabrina Kieser
Posted by Minnesota FFA State Officer Team at 2:38 PM No comments:

Just this morning I was sitting in caribou and noticed some young girls around the ages of 3 and 4 playing on the floor near a steep edge, guarded by a railing. As I watched, the younger of the two girls leaned over to the other and whispered something into her ear. The older child then picked up her coloring book in one hand and extended her arm through the railing, suspending the coloring book into the air. As a bystander, you could guess a few things are happening at this point. Like many others, I immediately assumed that the older child was taunting her younger sister by threatening to drop her coloring book from the ledge but, what happened next came as a surprise to me. Their mom noticed what was happening and in a frustrated tone said, "Girls, get the coloring book out of there! What do you think you're doing?!"
The younger of the girls then replied to her mom by saying, "But mommy, I told her to be brave! She wasn't going to drop it".

Later this morning in church we celebrated Veterans Day. We had a guest speaker that serves in the U.S. Marines as a chaplain. As he explained to us what our soldiers do everyday I realized what that little girl meant by being brave. Being brave is exactly what these men and women do every single day for our freedom. It can be a little different for each one of us and sometimes it takes being child like to notice what being brave really means. For that little girl, it was the chance of sacrificing her coloring book and for a soldier, it's the chance at sacrificing their life.

Opportunities come every single day to be brave. Choose to be more like that little girl, and DARE to do something new!