Star of the Show

STAR OF THE SHOW

How often do you find comfort in authority? Maybe you’re the captain of a sports team, first chair in band, an officer in your FFA chapter, the best test-taker in your class, or even the most experienced in a specific area. Do you find comfort in having a title, compared to how you feel without a title? Sometimes it’s easy to feel the need to have a higher ranking to feel worthy. We may place ourselves on a “pedestal” in a way that belittles others and forces the grunt work on them. So often we feel the need to be the one responsible for claiming the success of the team, even if we’re actually holding the team back. The truth is that you don’t need to be the “star of the show” to add value to the show.

Walking to the stage door to see the casting of the last high school theatre production I would be acting in, I was disappointed with what I saw. I was confident I would have had at least a supporting role, if not lead. Yet, I was a step above an ensemble role, saying only seven lines. Although I wasn’t upset with my director, whom I so dearly looked up to, I felt disappointed in myself. I felt as though I wasn’t “good enough” to perform a lead role. 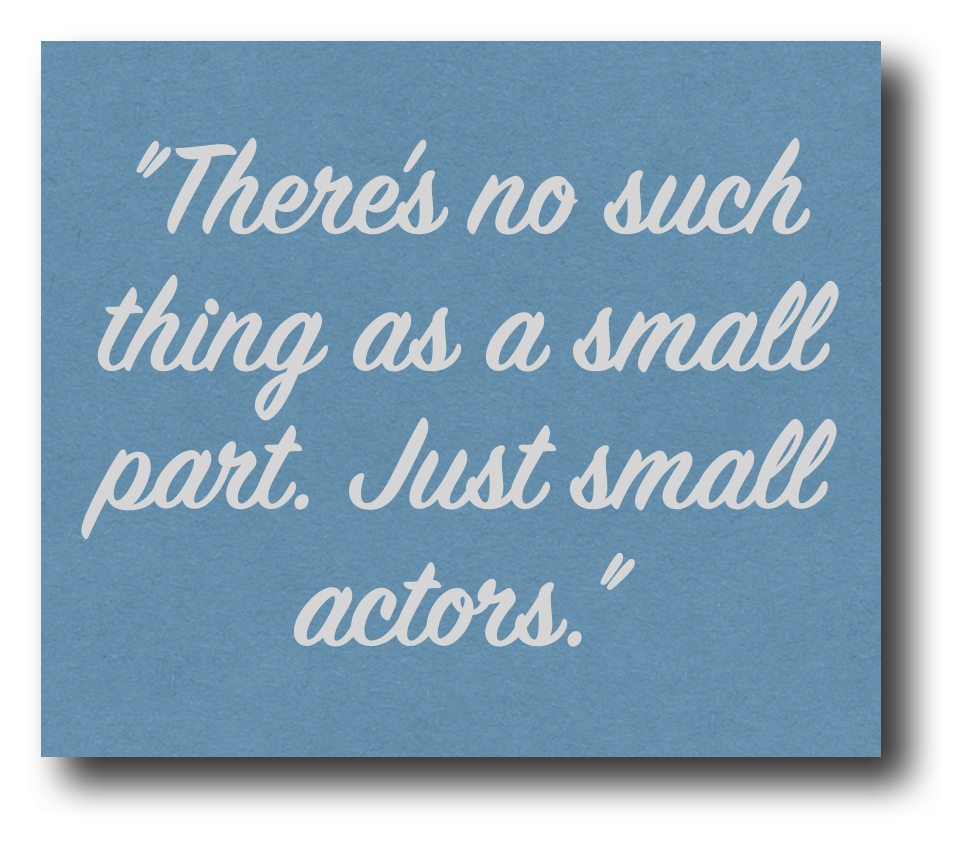 After spending an entire day in my head, I asked my director about her decision when she was casting. It was then that she told me, “There’s no such thing as a small part. Just small actors.” Being part of a strong theatre department, I realized there was an exceptional amount of talent on our cast. I was placed in a role where I would support younger actors and crew members backstage, which wouldn’t have been an opportunity had I been a lead. A show with only lead actors wouldn’t be a show worth watching. Though a lead actor may receive the most credit, sometimes it is those who show enough humility to step back from the spotlight who make the show go on.

Think about some of the most unpleasant jobs. Maybe you think about a garbage collector, bus driver, janitor, or something else. These are some of the most unpleasant jobs, yet there’s a tendency to disregard the people doing these jobs. Think about it: do you know the name of your janitor at your school, dorm, or workplace? Some of the happiest and most kind-hearted individuals I know are either bus drivers or janitors.
Here at the University of Minnesota, one bus driver I see frequently, named Grant, is retired from the Navy, travels around the country every year, and drives the bus because he enjoys meeting students. In Indianapolis, another bus driver told me about how her mother welcomed individuals without a home a meal at her table on a regular basis, so she did the same to honor her mother.
None of us are above another person because of their job description. In fact, we should always introduce ourselves to the janitor, instead of disregarding them. Both of these individuals are people who have a heart of gold. Even more, they don’t place themselves above what others view as “grunt work.” These are leaders who I would follow. They lead by example.
An effective leader won’t rank themselves above a task that contributes to team success or someone on their team. Instead, they elevate others. Recently, I was at a Food Science CDE in Marshall, MN. One team stood out in their cohesiveness. During the competition, a team of four had to cook a food dish with beef, provide an ingredient list and nutritional label, develop a marketing plan, and present their final product and plans. Typically, teams worked on each part together equally. However, this team each led a portion of the contest that they were most comfortable with, playing to their strengths. During the presentation, it was evident that each member communicated and contributed beyond their realm of expertise, yet they utilized their strengths in a way that benefited the team. The team performed so fluently, yet no individual begged for the spotlight. Instead of showcasing four individuals, they showcased one team! 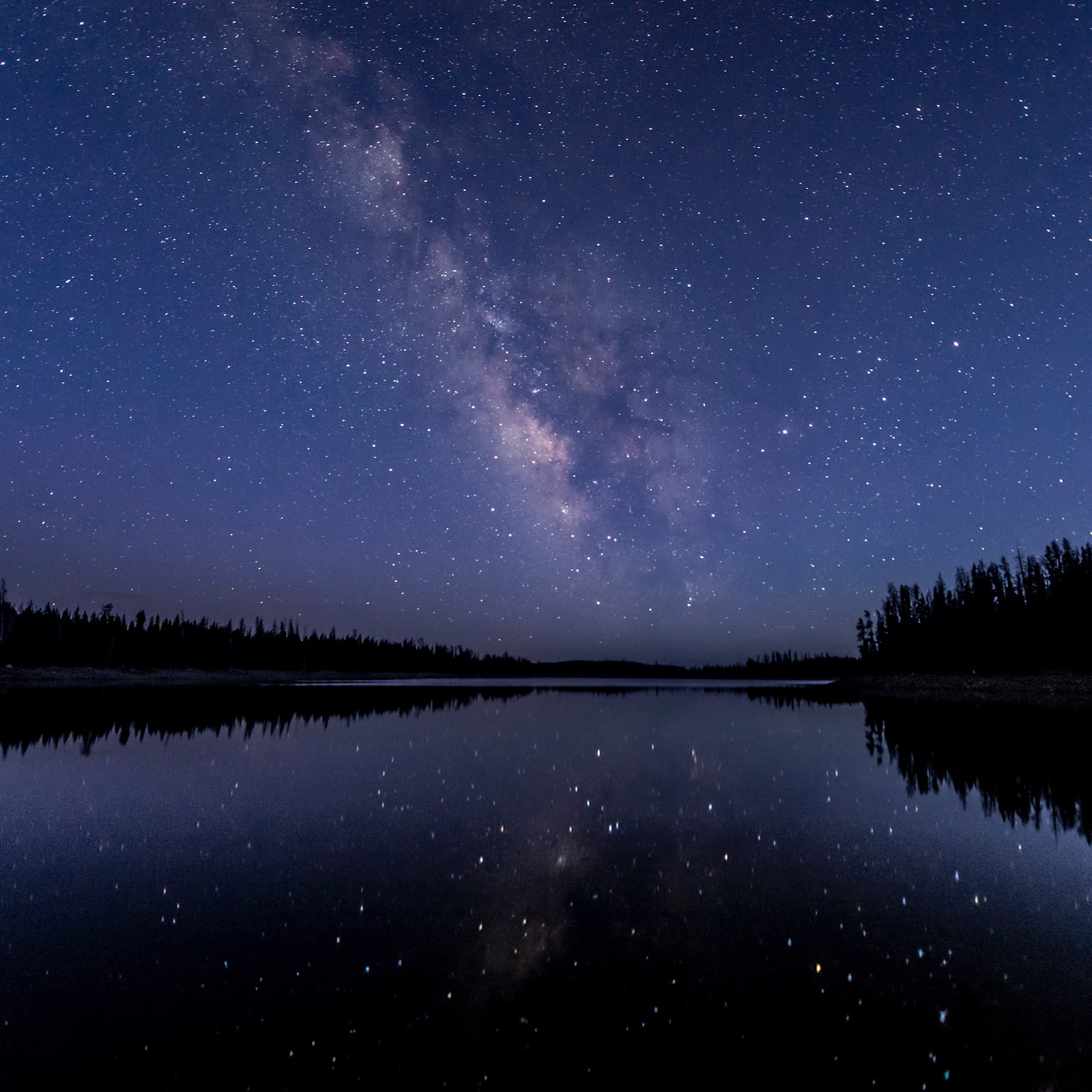 During the past summer, I remember spending time in Region 1, near Fertile, MN. Laying on the ground, my teammate Lafe pointed out constellations in the sky. A team is much like a constellation: it isn’t made up of just one star. The sky isn’t beautiful because of just one star. It’s the special combination of large, small, bright, dim, and other unique stars that makes the sky such a breathtaking view.

It’s easy to feel above someone else because you have the most experience, you’re naturally gifted, or the back of your jacket says Region or Association. It’s easy to feel below someone else because you’re not as outgoing, don’t have as many awards, or chose a different approach to complete a task. There is not such a thing as a perfect leader, nor should you try to live up to a mythical standard that serves no purpose.
You don’t have to be the best quarterback to be the football captain, the most studious to serve on student council, or the most outgoing to be an FFA officer, and those roles aren’t the only place to utilize your strengths. Although, say, chapter, region, or state office may seem like the perfect place for you, service doesn’t need a special jacket to serve. There’s a role for everyone, even if it’s not the one you auditioned for. 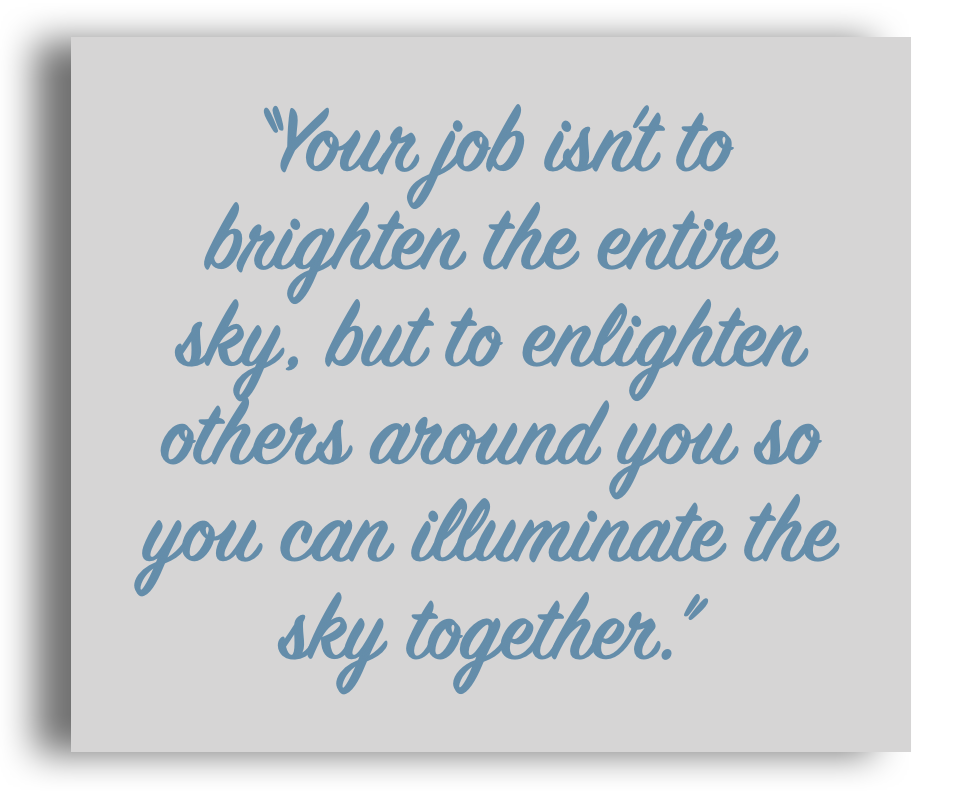 Looking back to my last high school production, I wasn’t the star of the show, and I’m glad I wasn’t. I realized that the lead actors aren’t the only stars. Supporting actors, ensemble, set designers, technical producers, and other hands that contributed to the show were all part of the constellation. A night sky with one bright star wouldn’t be much worthwhile. If I’m being honest, in a show worth watching, there is no “star of the show.” There are many. 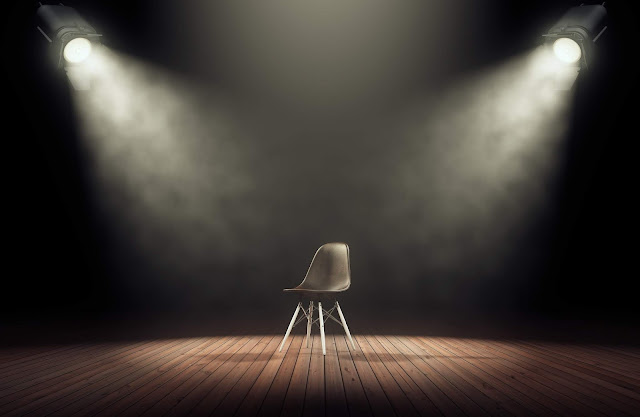 My family has a huge group chat that includes my grandparents, parents, aunt, and four siblings. Typically, we utilize our family chat to check in, send updates, or share images of our travels, and, as with any family, there is a mix of iPhone and Android users within our group chat. My mom, sister, aunt, and I all own iPhones and so can “like,” “love,” “thumbs-up,” etc. pictures and messages, while my other family members with androids simply see the message “Elaine loved an image.” During ILSSO (International Leadership Summit for State Officers), I was sending my family multiple images a day that captured some of the moments from my travels and experiences abroad, and my mom, aunt, and sister would frequently “love” and “like” my photos. One afternoon, I noticed a message in the chat from my grandpa, saying “Papa loved an image.” After a second of thinking, “that’s weird. I’m pretty sure he can’t actually do that.” I realized that, because he had an android cell phone, every time someone “liked” or “loved” an image he was seeing a written message, not just the little emoji on the corner of the message. For that reason, he thought that we were all actually typing out the words “Elaine loved an image,” and from a desire to share in our enjoyment of a picture or message, and excitement to experience what the sender was feeling, decided that he would start sending those messages too.


Firstly, I think that’s literally the cutest thing ever and I couldn’t stop smiling for like thirty minutes after I figured it out. Secondly, I think there’s also a really good message in it. Part of loving people and being a good leader is a desire to be with the people you’re leading. That may mean doing something you’re not necessarily knowledgeable about or really understand, but because you genuinely care about that person, you’re willing to do life with them in a way that is meaningful to them.
I don’t know about y’all, but I love to read, like, L-O-V-E to read. Through a book, I feel like one truly has an opportunity to enter another world and glimpse into the mind of another person. One of my favorite books that I’ve been reading recently is “Love Does” by Bob Goff. He is undoubtedly one of my favorite authors, and one story that never fails to make me smile is when he wanted to find a way to be with and love his son in an extra meaningful way. After some thinking time, he decides that the best way to do that was to learn how to skydive because even though he was absolutely terrified of the concept, it was one of his son’s true passions. Over the next couple of months, he took sky-diving lessons so he could shock his son with this special moment. When the big day arrives, he surprised his son with the opportunity to go sky diving together and, as the plane reached its required altitude, Bob and his son lined up at the door, and his son made the first jump. Even though it was a nerve-racking experience, Bob, out of a desire to be out there with his son, jumped so hard and so quickly that he knocked his shoes right off. The chapter ends with the thought: “how will you show someone that you’re willing to jump out of your shoes to be with them.”
This, to me, is so incredibly profound. In our everyday lives, how do we show people that we’re willing to do anything it takes, face fears, venture into uncharted territory, take risks, just to be with them? I think, like Bob Goff so beautifully says, love does. It means choosing to pursue and be with those around us without thought of cost or uncertainty. In our lives, perhaps that looks like taking intentional time to learn more about someone and show that you are invested in them as a person. Maybe it looks like choosing to do something you know they are passionate about, even if it’s not your favorite thing in the world. Whatever it may be, today, how are you, just like my grandpa and like Bob Goff, going to show people that you’re willing to jump out of your shoes to be with them?

Stationed by the Ear of Corn, 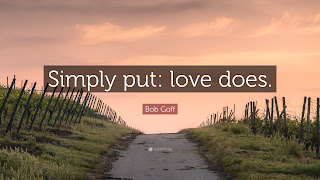