“Find something you enjoy doing so much that you would do it for free. Then so it so well that people will pay you to do it.”
- Orion Samuelson 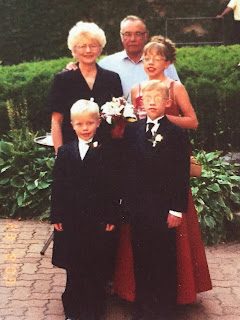 I first heard this quote while the Minnesota FFA State Officer Team and I were watching the Minnesota Pork Ambassador elections. Orion Samuelson was one of the announcers and this quote was the piece of advice he wanted to leave with the candidates. At first, I thought it was just a typical cheesy quote, but after time, I have begun to realize this quote means more than just a job you will do in the future; it is the true passion that you hold within. It is the passion that, someday, we hope to show the world.

I realized my first exposure to true passion was with my grandfather, Odean. Even though I was only nine years old when he passed, he has left a legacy for himself. Throughout his entire life, he continued to strengthen his passion for agriculture. He lived on a farm his entire life, mainly raising beef cattle. He then became an avid business man within our community by working for Triple 'F' Feeds and starting a seed business with my uncle, Gary. During these experiences, he had the opportunity to partake in his favorite pass time, talking. He would engage in conversation with his customers, which were many of our neighbors. They would talk about anything and everything under the sun and often would lead to many hours of conversation. This helped him develop a deeper relationship with those around him, but also labeled him as a landmark in our community.

During his talks with his customers, he became well known by everyone and to this day I continue to hear stories about him. I hear about his true sense of humor, ability to carry on conversations that could last hours, and most often I heard about his passion for his cattle, crops, and the agricultural industry. When I think of the quote from Orion Samuelson, I think of my grandfather, because he truly would work in the agricultural industry for free, but people paid him to do it. He had a passion for agriculture which then struck my passion for agriculture. He cared for everyone he crossed paths with and was a true gentleman. 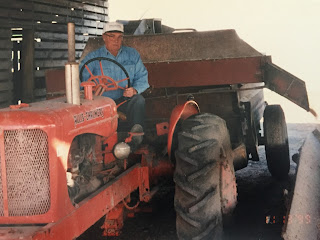