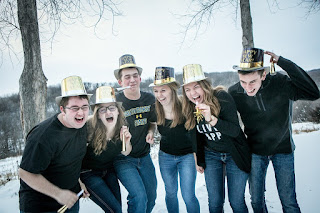 New Year’s Resolutions: they come, and they go. By now, your resolutions (if you made any) are facing their first set of challenges. You said you would change, improve, or start over. As soon as you return to your normal schedule, however, this isn’t so easy. For three years, I tried to read through the entire Bible in one year. After three weeks (where I reached the middle of Exodus), I became more than defeated. My new year’s resolution turned me into one stressed out and mentally tired young girl. I quickly transitioned from being inspired by a growing faith to defeated by a lack of interest.  It was no doubt my resolutions had an alternate route from what I planned, and in a remarkably similar way, true leaders experience the effects of resolutions just like this all year long.

As young leaders in our schools, homes, and communities, we face challenges of defining who we are, and whether or not we are actually leaders. From my own experience, I have not mastered the endless ways to show outstanding leadership. I have, however, focused on one large piece of it, which I want to share with you!

“Examined Existence” claims it takes 66 days to form a habit. This would explain why many people fall short of reaching their New Year’s Resolutions each winter. It’s natural for humans to think they are no longer capable or simply lose interest in committing to their goals. To prove this common theme wrong is a great achievement. In my opinion, proving this theme wrong is exactly what leaders are called to do. As leaders in different places, roles, and capacities, we are called to improve upon who we were yesterday and learn from mistakes by taking a different action next time. Unlike our culture expects of us, leaders make these effective changes all year long. Becoming better than we were yesterday is not simply a New Year’s Resolution for you and me, this is how each one of us continues to be the best we can be. 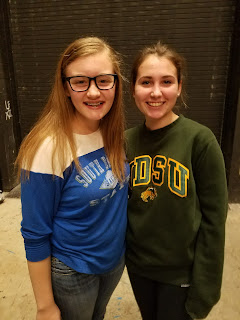 Well folks, that’s a pretty big mouthful to swallow, but let’s dig a little deeper! Making a better you from day to day helps each one of us be the leader we were meant to be. As you become more confident in who you are and the leader you are becoming, it’s important to go all in with those qualities. It’s time to beYOUtiful.

In high school, I had a good friend named Josie. As a talented musician, Josie knew she could make some cool things happen with her instruments. To her, the natural talent she possessed wasn’t enough, though. Each day, she became aware of one more place she could improve. From freshman year to the day of graduation, Josie made significant improvements in her musical abilities. From a musician to the first chair trumpet player in the Minnesota All-State Symphonic Band, Josie grew by becoming herself and transforming into someone that made the most of each opportunity. Josie proved to beYOUtiful. 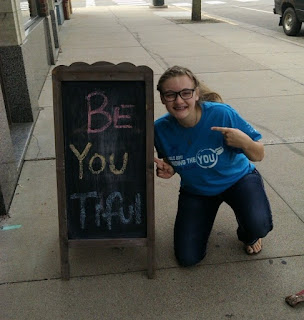 As you pursue your New Year’s Resolutions, remember to seek improvement in yourself every day. Leadership (something we are all capable of) allows us to be ourselves, take action, and beYOUtiful.

Be YOU. Be willing to improve. BeYOUtiful.

Stationed by the Flag,