What lies at 32 Feet

Did you know that a rhinoceros can only see approximately 31 feet in front of them? Did you also know that the average rhino can run about 35 miles per hour (mph)? This is why a group of rhinos is appropriately named a crash. Now you might be wondering, why I am spewing out random facts about rhinos, but I assure you they are actually very interesting creatures and we can learn a lot

In the book The Baranian Way, the author Erwin Raphael Mcmanus talks about groups of 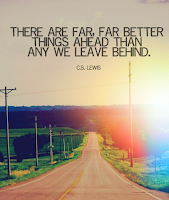 rhinos like the rhinos described above. While reading this, and learning the many facts about rhinos I now know, it sparked my interest about what opportunities lie out of our sight. I know from experience that FFA provides many opportunities to us as members, especially opportunities we never imagined were possible.

The summer before my senior year of high school, I decided I would put my name into the hat and run for my county's royalty program. I with 7 other girls of Wright County were all running to become one of three ambassadors for our fair. We spent time together preparing our speeches, interviewing, and making memories. I would be lying if I said I didn't think I had a good chance of being one of those three ambassadors. I was confident in my abilities and was looking forward to coronation day. After waiting on stage for what seemed like forever, it was finally crowning time. We stood in a line as the girls danced around us with the crowns. The first girl got crowded, and I was 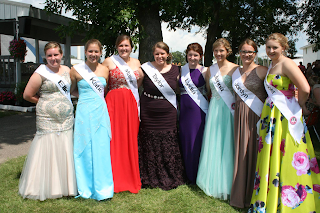 beyond excited for her. Then the second one, both girls were ones I had become very close with. I thought that even though there was only one crown left, I still had a chance. I waited, and just like that a crown was placed on the head of a girl next to me. And that was it, I didn't get a crown that day. I was sad, but I did not regret the memories I had made with those 7 girls and the fun we had together. Little did I know that even though I did not receive a crown that day, the good Lord had other plans for me, and a few short months later I was elected to serve Minnesota FFA.
Sometimes when we see an opportunity lying at our feet, we jump at the chance to grab it. For us as FFA members this might be the chance to compete on a CDE team or serve as an officer. Even though these opportunities are available to us, not all of us get the opportunities we pursue. As the old saying goes, “when one door closes, another one opens.” Maybe for you, this door lies at 32 feet, just out of sight. Do not let failure discourage you, and next time you do not get the opportunity that lies within your sight of 31 feet, I implore you to take a couple steps forward and see what lies at 32 feet.


Stationed by the Emblem of Washington

Posted by Minnesota FFA State Officer Team at 10:32 AM