Change a Life, Give a Turkey 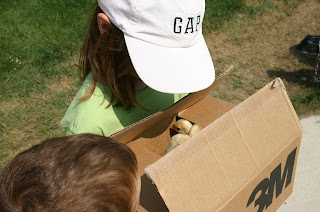 Jumping up and down, my brother Jack and I could hardly believe our luck! Our close family friend, Penny, hopped out of her car with the eagerly awaited cardboard box. Jack and I rushed up the driveway and pried open the flaps on the box. I peered inside and saw the ten cheeping turkey poults that were now mine to raise. My parents had hesitantly agreed to raise the birds for the summer, and a few google searches later we felt prepared to take on the new challenge. The turkeys were promptly named after thanksgiving foods (including Cranberry, Mashed Potatoes, Stuffing, and Gravy) and lived in the dog kennel on the side of our house. I didn't know it then, but that day in July would change a lot in my life. The cheeping cardboard box that held those turkeys also held a future for me I never could have imagined. 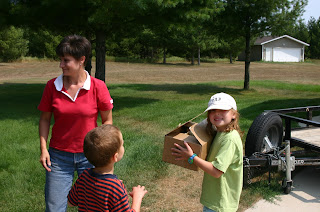 After that summer of raising turkeys (and a phenomenal Thanksgiving dinner), I was ecstatic for the next spring to come in the hopes of having more birds. My parents supported my interest in birds and brought home a brooder full of chicks from a local auction one night. I was beyond thrilled. In third grade, Penny had helped me pick out my own birds from the local hatchery and with her support I showed them at the county fair. Because of this, I became involved with tons of 4-H poultry activities and events, which my 4-H program coordinator and poultry project leaders mentored and encouraged me through. Because of my experiences in 4-H, I was elated to join the FFA poultry evaluation team where my advisor pushed me to study hard and lead our team. Being a part of FFA broadened my interest in agriculture as a whole and connected me with people from across the nation. Because of the network of people that I met in the agricultural industry through FFA, I have found my place in agriculture, and I am choosing to study agricultural education at the University of Minnesota. Because of Penny and those that supported me along the way, I am where I am now.


The past years have been filled with many people and experiences that have shaped my life, but I know the day I got those turkeys opened a new door. Without any connection to agriculture in my family, it’s unlikely I would be where I am now if I had never received those ten birds. One action started a chain reaction of support and encouragement from the people in my life and gave me opportunities beyond measure. Something so very simple changed the course of my life. I doubt that Penny realized how important her decision to give me turkeys would be. Small things have a lot of power in our lives, and we often don’t realize the magnitude of our actions in the lives of others. 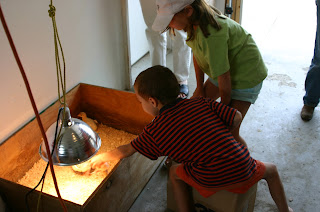 People are powerful. We have influence beyond comprehension. Often people talk about the grand notion of changing someone’s life as if it has to be a monumental gesture. However, sometimes all it takes is going out of your way to help someone out or to encourage them. What if you brought someone to your next FFA meeting and helped them find their career? What if the younger student you tutor looks back and remembers all you did to help them as they graduate from college? What if you knew the smile you gave someone in the hallway was the reason they could get through their day or week? Every action you take matters and influences those around you. You, yes you there reading this blog, YOU have the power to change someone’s life today and every day. Live each moment with purpose and set out to make a difference in the small things you do. You never know when you’ll end up changing someone’s life. What will you do today to make a difference in someone’s life?

Stationed beneath the rising sun,