The Man. The Myth. The Legend. 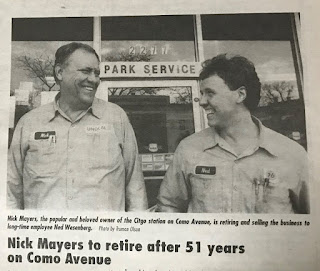 This week didn’t go quite as I had planned. Yesterday I had the unfortunate luck of finding out that the power steering in my car was badly damaged and needed to be repaired. When I brought my car into Park Service station this morning, however, I was greeted by friendly faces and the reminder that my car would definitely be in good hands. I talked with Ned, the station’s owner, and Paul, one of the mechanics, to make a plan for the repair of my vehicle. The strong relationship I have with the guys at Park Service is just one of the ways that my grandfather’s legacy lives on. 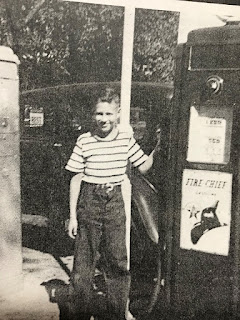 My grandfather, Nick Mayers, lived his entire life working at service stations. His father managed an old Texaco station where my grandfather began working when he was only ten years old. He worked at a variety of stations throughout college and took over owning Park Service station when his dad passed away in 1967. At thirty years old he began operating his own small business and building his reputation throughout the community. He got to know just about everyone in the area, and everyone knew him. My grandfather would often hire young men to work as they attended college, and many of the men he trained have talked about the work ethic they learned from him well into their careers. He was a mentor to many and a respected leader in the community.  But his time at the station wasn’t without its challenges. 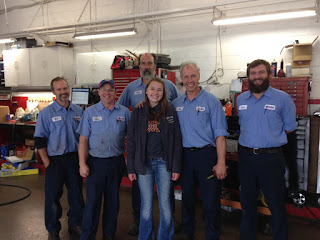 In 1982 my grandfather had a severe cardiac arrest while working at the station. He spent five weeks in a coma and after finally waking up, remembered nothing. After long months of relearning everything from how to button his shirt, walk up stairs, eat with a fork, and drive. My grandma and his therapists spent weeks teaching him the names of common things like cars and trees and even the names of his siblings and children. The doctors said the fact that he was still alive was a miracle, and he worked hard to get back to any normal way of life. His recovery was a miracle in itself and within 9 months he was back to work at the station. While it was hard to adapt sometimes, he continued to work the best he could in the community to run his business. As he had worked so hard to support community members before, they all came together to support him and his family. Despite all of the hardships, he successfully operated the station for the next 17 years before retiring. Nick Mayers was a legend. He spent 51 years of his life working at stations on Como Avenue and left a legacy that will continue to survive throughout my lifetime. 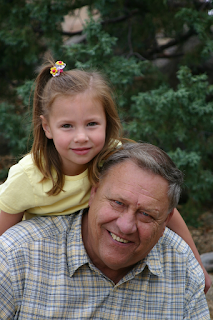 While my grandpa might not be around anymore, his spirit of comradery, mentorship, and community lives on at Park Service. But he didn’t leave a legacy because of one thing he did, he left a legacy because of all of the things he did. My grandpa built his legacy every day. Every time he showed a customer he valued their time and business by building a personal connection, or mentored a young mechanic, or persevered through the hours of occupational therapy so he could get back to doing what he loved, that’s when my grandpa built his legacy. In the same way, we build our own reputations and legacies with every choice we make. Every time we serve someone in need, encourage others around us, connect with new people, or support our communities or families, we create our own legacies. Each and every day we build the person that we are becoming and begin to leave an impression with our actions. The power of our legacies and actions live on beyond the span of our own lives. We have the chance each day to leave a legacy we are proud of. What legacy will you leave for your grandchildren?

Stationed beneath the rising sun,