I Can't Help Loving Myself 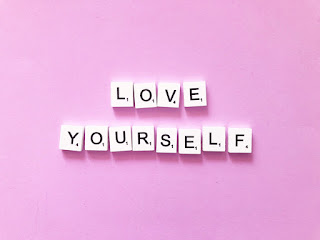 Love yourself. It's a simple message that lots of people give you. Even though we hear it, do we actually do it? A recent online poll of 2,345 U.S. adults, conducted last month, used a series of questions to determine Americans' levels of contentment and life satisfaction. Overall, just 33 percent of Americans said that they were very happy, remaining consistent with happiness levels in 2011 but dropping from the 35 percent who reported being very happy in 2008 and 2009. Why aren't we happy? I think it's because we don't love ourselves like we should.
How often do you look in the mirror, and think, "Gosh, I wish I had this, more this, less of this, looked more like her, had his clothes, etc.?" I know I used to do that. I'm sure we've all had a moment, a day, or a year where things just weren't sitting right. If you haven't, you know someone who has. I've compiled a list of 5 things that helped me be more satisfied with myself, and could help you too.

1. Get rid of negative influences in your life. It could be that the source of negativity isn't you. You are the average of the 5 closest people to you. Some of these may not be controllable, it could be your parents, your teachers, grandparents, or a pastor. However, some can be controlled. Your friends play a big role that you may not even realize. If you surround yourself with people you want to be with, you can become more of yourself.

3. Do something out of your comfort zone. During the summer, Lafe and Maddie went out of their comfort zone and tried skydiving. Neither of them had done it before but they both enjoyed it. Maybe jumping out of a plane isn't your thing; you could try something less risky: Ice-skating, playing a new sport, listen to a new genre of music, play an instrument, start a journal, cook a new dish, or plan a trip out of your town. Maybe you won't like this new change, which is okay, it can just solidify that you like where you're at now. Or, you could have found a new hobby. 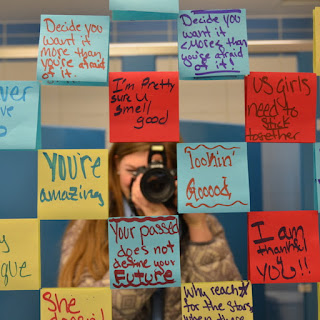 4. Compliment yourself. We mentioned the mirror example earlier, instead of saying negative things say positive things! Of course, it's not easy at first to make that quick of a change. Something I tried was writing post-it notes when I was in a good mood, and leave them on my mirror for when I'm in a bad mood.

"I love me, Gonna love myself, no, I don't need anybody else" - Love Myself Hailee Steinfeld