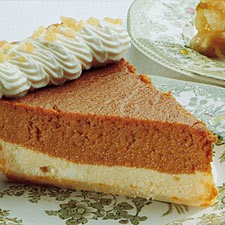 Every year for Thanksgiving or Christmas, I hope that my aunt I will be making pumpkin pie cheesecake for dessert.  It is one of my favorite desserts at almost any gathering.  However, we don’t always have it because my Nola says it is hard to make.  So recently I took the initiative to look up how to make the dessert.  This is when I realized that she was right, it is a rather complicated dessert to make, at least for me.  Basically what I got from it was that you had to mix a bunch of things into a bowl, heat it and then put it in the fridge overnight to cool.  You also had to make the crust with graham crackers or something.  Anyways, it was rather complicated for me.  I mean don’t get me wrong, I can make a good meal sometimes, but the extent of my cooking is usually what it was last night.  I made tomato soup from a can where all I had to do was put the same amount of milk in as soup, not too hard right? 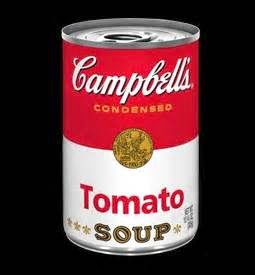 Well as I was making the soup, I was thinking about all of the ingredients that go into our food just like all of the experience that go into building a good person.  I know it sounds a little weird, but the more I thought about it, the more I realized it is not that much different than making a pumpkin pie cheesecake or even tomato soup.  Each ingredient will make the food taste different, just like every experience will make the person different.  Likewise, there could be a big difference if you substituted certain ingredients for others, such as putting in vinegar instead of vanilla.  It could also make a big difference in a person too.  Such as if the person was to sit on the couch and watch tv, or go outside and work with their show steer. Substituting the two ingredients in food will change the dish drastically, just like changing one event in a person’s day could potentially change the person overall.
This makes me realize that we have a choice.  We have a choice every minute of every day as to what we will do to make ourselves better.  Whether it is what we do, how we act or react or even what we decide to eat for supper.  Every decision that we make could potentially change the outcome of that day, week, month, year or even our life.  The only question that is left is which choice are you going to choose?

Stationed by the door,

Posted by Minnesota FFA State Officer Team at 7:04 AM