My fellow state officers and I have had such an amazing and hectic few months. Our journey started with Blast Off in Eagan, Minnesota with all of the region presidents where we learned how to risk boldly, seize the day, seek improvement, and support honesty along with the five pillars of leadership! 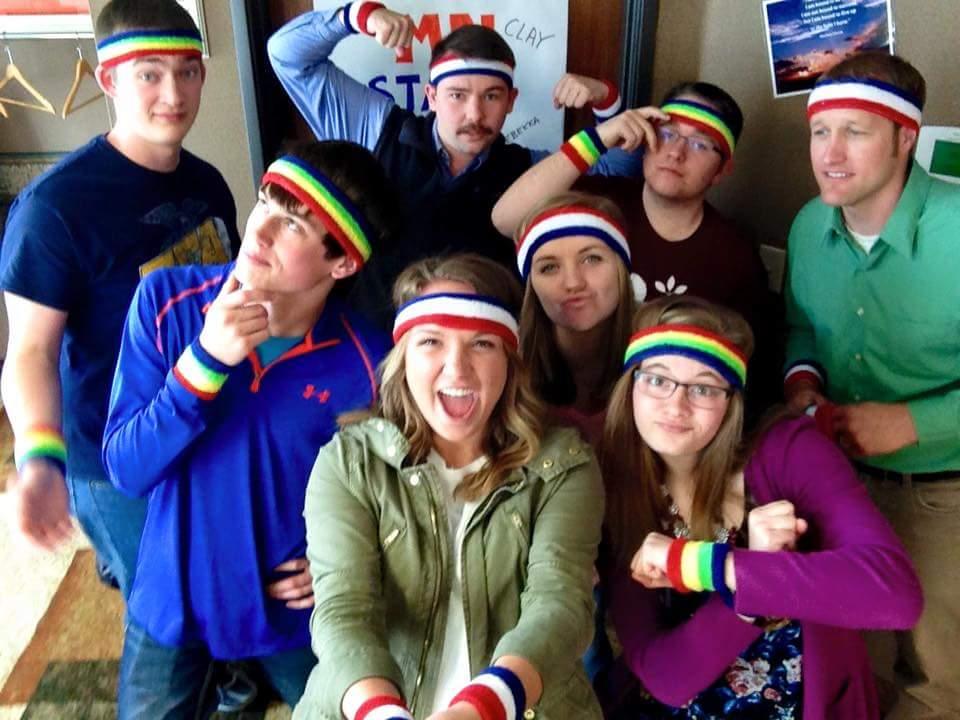 We put on our thinking Sweat Bands to Get down to work! 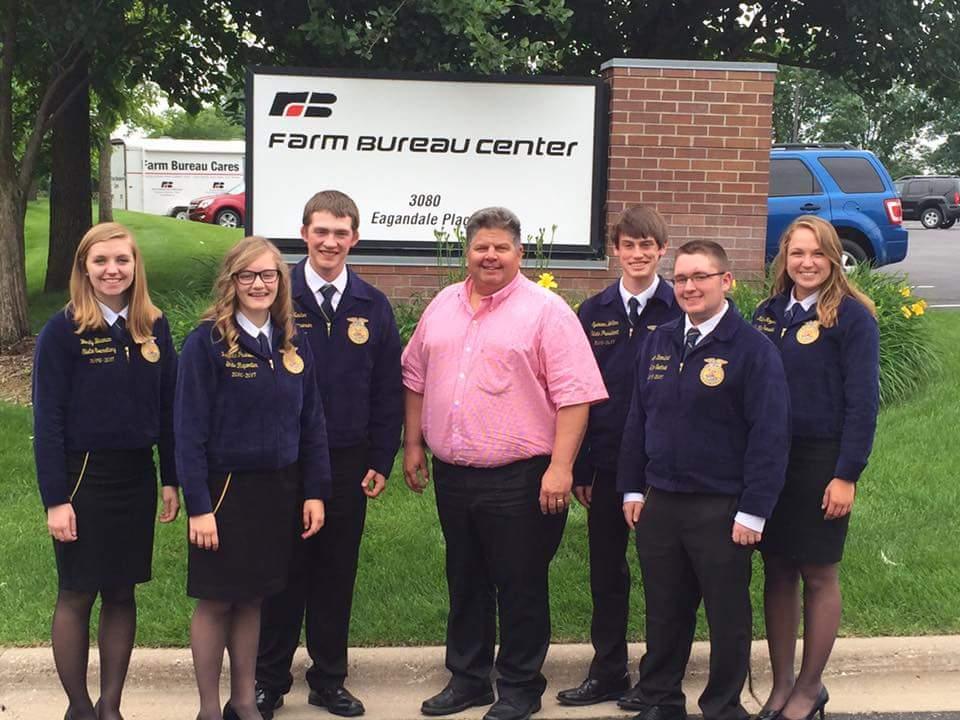 In front of Farm Bureau with Kevin Paap

Later that day, we headed straight north to Deep Portage for facilitation bootcamp. There all six of us brainstormed to plan, write and finalize the curriculum that we would use for the State Greenhand Leadership Conference (SGLC). Throughout the week at Deep Portage, we were able to meet and talk to all of the region officers while they attended POWER, and I was thoroughly impressed with their skills and passion for FFA.

After planning an exciting SGLC, we had a few days at home before we got to head to Nebraska for the National Leadership Conference of State Officers (NLCSO). While at NLCSO, we had the great privilege to get to know other state officers from Iowa, Nebraska, South Dakota, Colorado, and Kansas. During our time in Nebraska, we learned from three great facilitators, Sydney Snider, Alicia Hodnik, and Eric Nelson who taught us amazing techniques for facilitating and how to help our members realize their full potential. As we were cramming information into our brains, our State Leadership Conference for Chapter Leaders (SLCCL) had to be planned. Thus, we cracked down during some free time and wrote the curriculum for SLCCL. 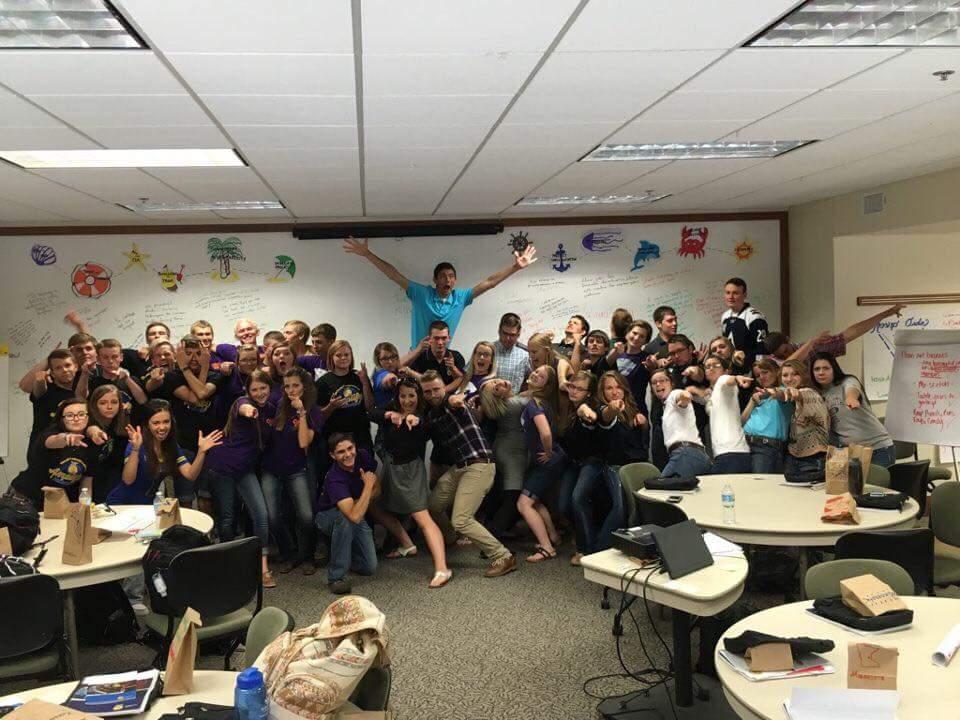 All six states at NLCSO
When the Conference was over, we had a fun filled SLCCL planned, and some incredible friends from the surrounding states. Overall the conference was phenomenal and I foraged relationships, along with my fellow officers, that we will have for years to come. As excited as we were from the past couple of conference, we were just building up to facilitating SGLC! We hope to see you all at SGLC or SLCCL this summer!