Lessons from The Office

Over the past year, I have learned of a show on Netflix: The Office. Now, I know this show may not be something that everyone loves (although I’m not sure why), but it has levels of sarcasm that have the potential to rival mine, which is a miracle in itself. I am going to share the top five lessons I’ve learned from The Office (and maybe laugh a little too). 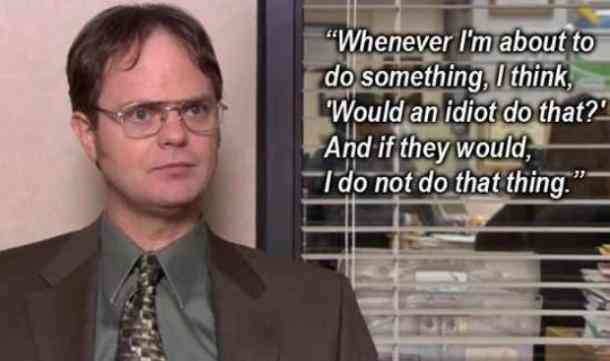 Dwight is a character who is very traditional and literal. He doesn’t really get sarcasm, and jokes are not something he appreciates. Instead of asking ourselves, “Would an idiot do that?” we could turn this completely around. Let’s ask ourselves, “Would a successful, prepared, dedicated, or passionate do that?” And if they would, let’s do that thing! Sometimes our attitude to a situation is determined by our perspective. We may be faced with a situation in which we are not excited, but it provides us an opportunity to put our best foot forward and work towards being successful, prepared, dedicated and passionate. 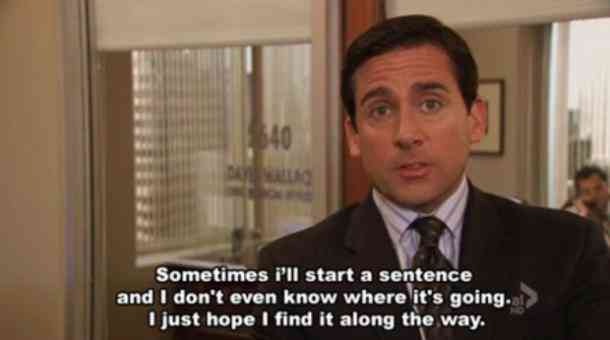 I love Michael in this show because of the cringe factor he provides.
He does so many things I would never even consider doing, but at
the end of the day, he is extremely honest and provided us with this
nugget that I simply love: “Sometimes I’ll start a sentence and I
don’t even know where it’s going. I just hope I find it along the way.”
Although (hopefully) we all think a little more about our words and
actions than Michael, this is sometimes how life works. We are
thrown into situations, and we make the best of it or we hope to
"find it [the solution] along the way.”  From there we have an
opportunity. We can look back, think, and reflect on what we would
do better next time. Then it’s up to us to make sure to do better next
time. 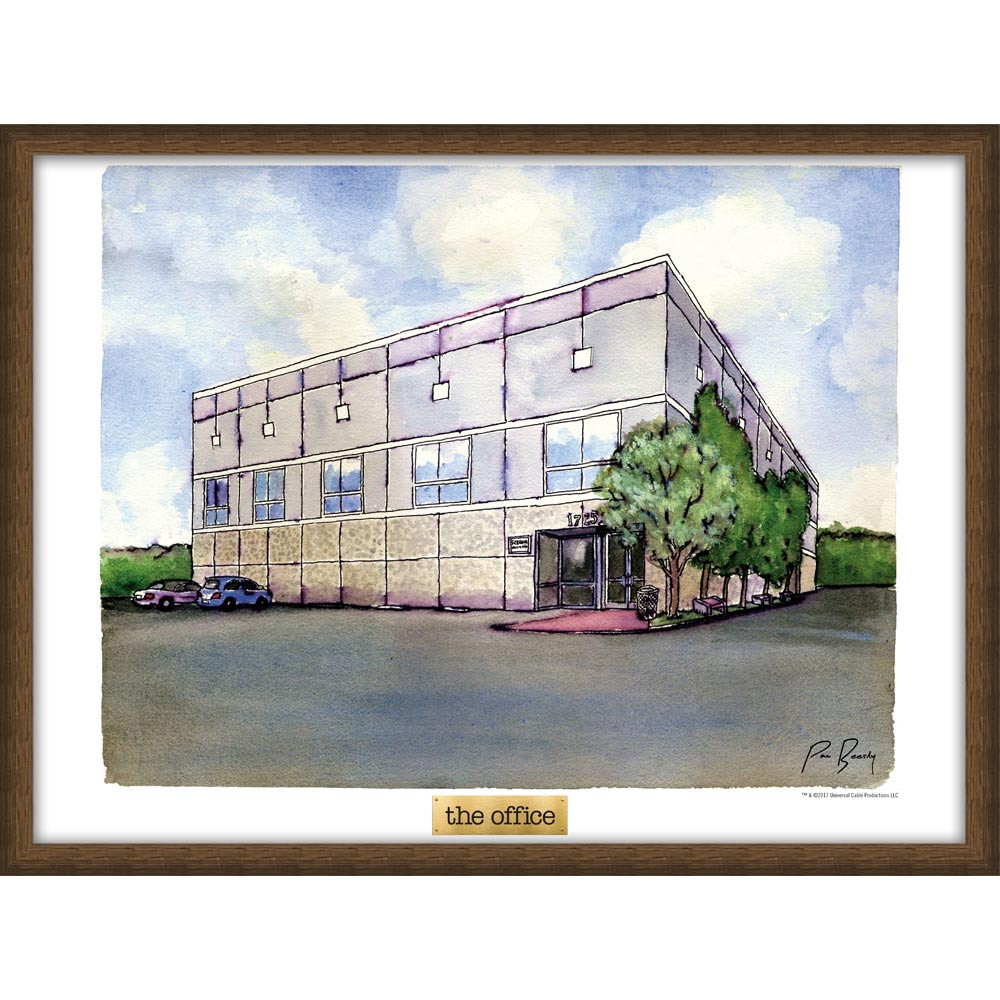 Although this show is mainly based in comedy, there are some moments that actually provide insight into life. Pam is mainly the receptionist in this show, so she has the ability to sit back and watch a lot of what is going on. Outside of her job, she is an artist. The picture on the right is of a painting she completed. To provide background, there was an art show gallery in the community, and no one except Michael showed up to see Pam’s art despite the fact that she had asked everyone. When Michael showed up, Pam was so happy to see him. Michael was floored by the picture of the office building they worked in. So floored in fact that he bought the painting right there even though none of the art was up for sale. It was then that Pam stated, “There’s a lot of beauty in ordinary things. Isn’t that kind of the point?” She and Michael loved her painting. There was nothing necessarily outstanding about the picture, but maybe that’s exactly what Pam was pointing out. It was an ordinary office building, but it was their office building. We should all make sure we take time out of our lives and make sure we make time to see the beauty in the ordinary things. Something I love seeing is the site when I go to my grandmother’s house and I look out the kitchen window while eating breakfast: the bird feeder always seems to have a bird on it. There isn’t anything special about it. It is a birdfeeder, but it reminds me to look at the beauty in a world where a lot of things may be ordinary. Isn’t that the point? 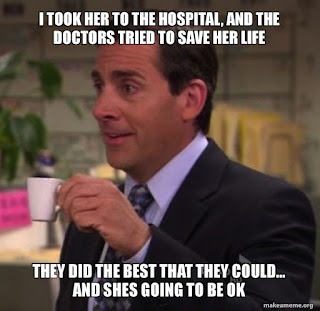 Michael sure has a way with words. It isn’t a good way, but it is a way. Michael is a person that loves suspense, but his quest for suspense reminds us to word our sentences carefully is important. Without thinking about what we are saying, we may unnecessary cause discomfort both to us and those around us. Choosing our words carefully is extremely important. We make mistakes, but we have to work to minimize them, especially when communicating to others. 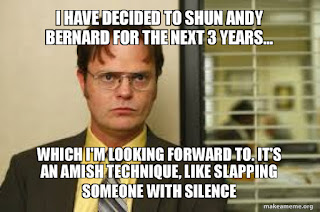 Honestly, I do not even remember what Andy did to get shunned. However, Dwight shuns Andy and refuses to talk to him. Now, I’m not sure how you handle your problems with others, but this probably isn’t the most effective way. Each and every one of us have had disagreements of varying proportions. Let me tell you what I know about conflict resolution: shunning is NOT the answer. As I mentioned in the last quote, communication is key. Regardless of whether it is instructions, an apology, or anything else, communication is one of the most important things we can improve. It doesn’t matter how good we (think we) are at it. When talking about conflict, communication becomes exponentially more important. When we are in conflict with others, then we start making assumptions, and they often don’t end up being good assumptions because of the conflict. Don’t let conflict simmer. Don’t leave it be, because it won’t magically get better. This is something I have struggled with. I don’t like upsetting the balance with people I already have a relationship with. Trust me when I say: just deal with it by addressing the problem. Talk it over; communicate! Feelings may be hurt short term, but it ends up being better for everyone involved long term. The relationship can then grow, rather than being stunted by the conflict. Addressing conflict in a way other than shunning can save a relationship!

This blog is by far my longest. It’s also my last. I wanted to share some key messages through one of my favorite shows on Netflix. Whether it is learning to find the beauty in each day, having the mindset of a successful person, or communicating with others, especially in times of conflict, I hope you’ve taken something away from some of my favorite comedic poets.

Posted by Minnesota FFA State Officer Team at 6:09 AM