The first sight I see each time I open my laptop is Gandhi's famous words: "Be the change you wish to see in the world." These have been the words I have always tried my best to live by.  These are words anyone can live by. Life is full of choices that allow everyone to change the world, for better or worse! 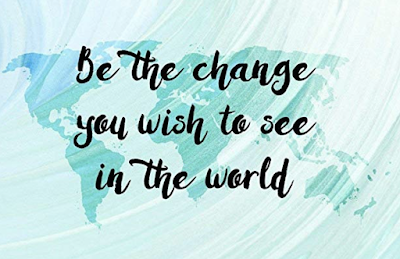 While you may think changing the world requires a big gesture, something as small as a lollipop is enough to make the world a better place. Not so long ago, I heard a story (attached below) that explained it all so clearly. In this TedTalk, Drew Dudley explains how he met a freshman girl who was nervous for college to the point where she was ready to quit and go home. It wasn't until he handed her a lollipop that she decided she was already home. With the smallest act of kindness, Dudley completely changed the young lady's life--and he didn't even remember doing it!


Not too long ago, I had my own lollipop story. During the Minnesota FFA State Convention my junior year, I was waiting in the hallway to compete in the Prepared Public Speaking LDE. It was towards the end of the convention, and I was already exhausted. The speech I had prepared was called "The Next Generation of Farming." It was a topic I was prepared for and passionate about--yet, between nervousness and exhaustion, I was ready to simply "go through the motions" in the event that day.

As I was standing in the hallway with a less-than-enthused look on my face, this man came up to me and asked me a question I will never forget: "Do you know what your biggest asset is?"
First of all, I thought this guy was crazy! I had no idea who he was, and he certainly didn't know me, so what could this question mean?! Since I couldn't, he answered the question. He said it was my smile. Never had a stranger said anything to me so kind and sincere. For about ten minutes, we talked about smiling, joked about being a teacher "for the fame and the fortune," and discussed the importance of my speech.

I walked into the competition energized and ready to give it my all, thanks to this conversation. It went awful. Halfway through the speech, I forgot my next line. Although this was a speech I had rehearsed dozens of times, I stood there for a solid fifteen seconds, and all I could do was smile. After gathering my thoughts, I skipped about a third of my speech and finished up. After a mess up like that, I was sure I would be done with the preliminary round. I ended up advancing and finishing second in the state.

That conversation was more than a conversation; Drew Dudley's kind deed was more than a kind deed. Between this unknown man and Dudley, they created two experiences that easily could have been overlooked. But they weren't. And because they weren't, two young ladies had their lives changed. Had that man chosen to walk by me in that hallway, I would have given a poor speech, not have the courage to compete in another LDE, not have the skill or inspiration to pursue leadership roles, run for state office, become a teacher, etc. That small act changed my life and my world, and it didn't take a superhero to do it. You see, changing the world can happen anywhere and anyone can do it. 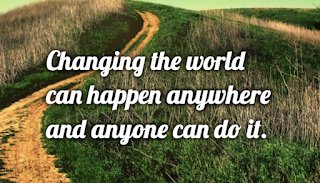 I had always wondered who the man in my story was. After Nic Potthoff, my teammate, and I shared the Lollipop Moments video during a workshop with Greenhand members in Region II, we met up with Nic's family. During dinner, I told my story. It was then that I found out that this man--Bob Roesler--is a close friend to the Potthoff family and Nic's mentor. Before we even left the dinner table, I messaged Bob and told him what he had done for me two years ago. A few weeks ago, we reconnected again, meeting for the first time since that convention.

I'm fortunate to be able to know who impacted me. Not reconnecting with Bob would have been such a missed opportunity! Think about how often you hear what impact your small actions have. The truth is, you probably don't hear about your impact enough. If I would have been Bob, of Drew Dudley, I would want to know those stories. Think about it. If you are going to be the change you wish to see in the world, shouldn't you show others how they are changing the world?

Here is my challenge for you. Reflect on your lollipop moments. Remember who was there for you in the most unexpected times and places. Send that person (or those people) a message saying, "You have changed my life for the better." After 24 hours, call them and explain to them why. Share your gratitude to those who have given you gratitude. 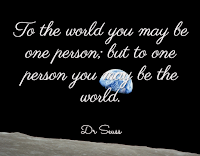 It doesn't take a superhero, a millionaire, or even an adult to change the world. Everyone has the power and influence to change the world, as we have the power to influence people. It can happen anywhere to anyone. Seek opportunities to make someone's day better, and share your gratitude to those who make your life better. That is how YOU can be the change you wish to see in the world.

Stationed by the change,

Posted by Minnesota FFA State Officer Team at 10:48 AM No comments:

Focus on the Mountain in Front of YOU

Focus on the Mountain in Front of You
“Hi Savannah!” exclaimed my friend as she plopped down in the seat next to me in our Dairy Science class.  As she adjusted her backpack, her eyes narrowly focused on my face. She could tell that something was wrong. “How did you do on your quiz?” she asked. I averted my eyes, my lip twitched, in hopes to avoid her question and concern.  How could I say that I did poorly on my quiz after studying so hard.  To tell her my disappointing reality was not an option.  Instead, I allowed  my poor score on my quiz to negatively affect how the rest of this and the next class period went.  I refused to open up to anyone about how I was feeling.  After all, the harsh reality of being transparent with others, especially when it deeply affects my pride, is a mountain that I am still climbing. 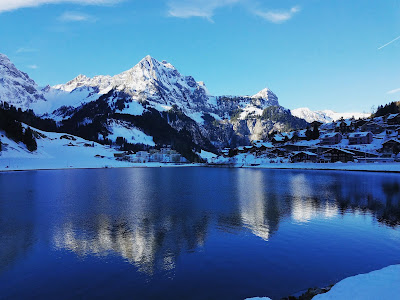 If you really know me, you know that I love the cold.

I love the exhilarating feeling of the cold and breathing in the fresh crisp air. One of my favorite sweatshirts says “Life is better in the mountains”  Just ask my family and best friends; when times get rough and when my hope dwindles, I resort to dreaming about the mountains.

When I received that low score on my quiz I mentally “checked out” and went to the gym to workout. My workout consisted of flipping tires and pushing myself to do pull-ups for the first 20 minutes. I was mad at myself and my seeming inability to score well on the quiz. The only thing that made me happy was to take my frustrations out at the gym and to think about packing up and escaping to the mountains. After all, the mountains signify a place away from reality, where I can not be hurt, there is no judgement, and I can enjoy the breathtaking and tranquil views.

On December 2nd, 2019, I learned that one of my most cherished mentors passed away. I did not know how to handle this, but I knew that I had two choices. I could either stuff my feelings and avoid this reality, or open up and share my pain with others and deal with my present situation. I wanted to pack up and climb a mountain...to push this harsh reality aside and not believe that my friend and mentor had just died. I felt numb. Like someone had punched me in the stomach when I was not looking.  In an effort to comfort me, one of my teammates sent me this quote, “You have been assigned this mountain to show others that it can be moved.” Life does not always look pretty. Hardships and challenges ARE real, and guess what? It is okay to not be okay.  Without realizing it, I already had a strong support system through my family, friends, teachers, and mentors. I had never reached out and asked them for help in this way before. All I needed to do was open up, be transparent, share my feelings, ask for prayer, and start climbing the figurative mountain that was right in front of me.  They overwhelmingly supported me and answered my call for help.  Why is it so hard to ask for help? 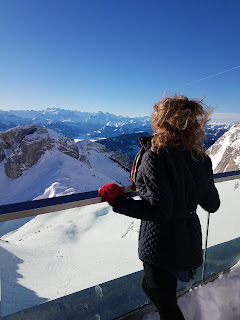 Today, I had to face my fears and take another dairy science test. I studied extremely hard the days leading up to the quiz by giving myself lectures in a classroom, communicating with classmates about questions I had, and visiting my professor during his office hours to help get ready. This time I was prepared. At 11 AM, I  walked out of that class period extremely happy and proud. I have never felt so good about taking a quiz. Regardless of the grade (because my identity is not based on my grade), I know I will be happy because I corrected the mistakes in my studying habits from the times before. I climbed that mountain. Now, I need to prepare myself for the other mountains (exams) that are coming up.

Instead of imagining a mystical, beautiful, breathtaking mountain to climb, I am beginning to focus on climbing the (figurative) mountain(s) in front of me. I am trying to stop avoiding conversations that need to be had, homework that is due tomorrow, conflict that needs to be resolved, friendships that need to be strengthened, my room that needs to be cleaned, horse stalls that need to be mucked out, and instead re-centering my faith as the main focal point of my life.  Fear is not my true North, my faith is. Now that I clearly know which direction I’m going and have a support system I know will climb along with me, I know I can climb any mountain placed before me.

“Tell the Story of the Mountain YOU Climbed…”

Embrace your mountain. We all have them. Realize that this mountain is helping you become the best version that you can be! “Tell the story of the mountain you climbed. Your words can become a page in someone else's survival guide.” This life is meant to be an exciting adventure.  What is holding you back from living up to your fullest potential? There will be hills and valleys in our life, but keep on making sure that your compass is pointing due north and persevere amidst the pain, fear, hurt, pressure, joys, happiness, and love that you feel. I challenge you to put on your hiking shoes. I challenge you to swing your backpack onto your shoulders. I challenge you to pull your hair back, fill your water bottle, refocus your mind, and set your sights upward to climb that mountain. 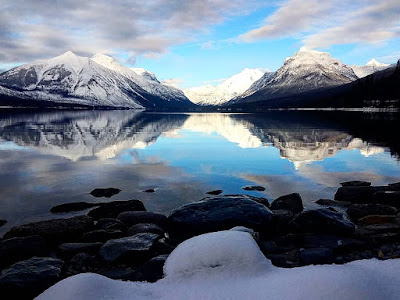 Psalms 121:1-2 NIV
“I lift up my eyes to the mountains— where does my help come from? My help comes from the LORD, the Maker of heaven and earth and the mountains.”


Stationed by the Door,
Savannah Aanerud