FFA Member of the Week: Giving Back 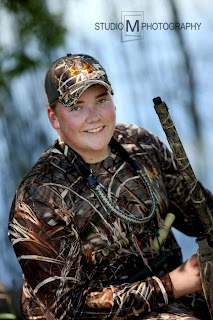 Name: Matt Garrels
FFA Chapter: Hutchinson FFA
Grade in School: 12th grade
Favorite Color:  Orange
Fun Fact:  When he was younger, Matt participated in pedal pulls and competed at both the state and the national level!

Matt was excited to take an agriculture class, Metals and Small Engines, but what he never anticipated was the additional bonus of becoming a member of the Hutchinson FFA Chapter as a result of it.  With some encouragement from his agriculture teacher, Matt became an active member and quickly found his niche.  Since joining, he has come to appreciate the concept of being involved as you want to be.  He recognizes that the amount of time and energy you invest in FFA is a direct effect on how much you will benefit from the organization.  Matt has gone from investing time into bettering himself to investing in the future of his chapter and the rest of it's members.

In addition to earning his MN State FFA Degree, Matt has attended numerous region and state leadership conferences.  He has also participated in a variety of competitions ranging from Agricultural Mechanics to Parliamentary Procedure, and from Agricultural Communications to Dairy Cattle Evaluation.  The time and effort dedicated to his SAEs has lead him to 1st in the region with his Dairy Production proficiency and 2nd with his Diversified Livestock proficiency.  Now Matt is using all the skills and talents gained from his
involvement to people other than himself.

Fundraising is an essential part of any successful chapter and Matt has served his chapter well in this aspect.  By utilizing his people skills and passion for FFA, Matt lead his officer team to new heights.  Because of his efforts, the chapter now has a scholarship program in place for it's members.  This scholarship program not only encourages more students to become involved, but it also awards high achieving members and prepares them for a future filled with success. 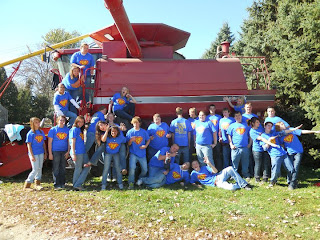 Also because of Matt's fundraising efforts, every member is now able to receive a chapter t-shirt for free.  By gaining sponsors through personal visits, newsletters, and other community awareness events, Matt has benefited the entire chapter.

Matt is giving of his time and talents and truly understands what it means to serve from the heart.  He has not only grown himself as a leader and friend to his FFA chapter, but he has dared to give back in a way that will keep on giving.

In the future he plans to get his Welding Degree so he can one day own his own welding or fabrication shop. And ultimately, he would like to have his own farm.

Congratulations to our newest FFA Member of the Week of the Hutchinson FFA Chapter, Matt Garrels!

Posted by Minnesota FFA State Officer Team at 11:31 AM