FFA Member of the Week: Honey, Maple Sugar, and Leadership

FFA Member of the Week 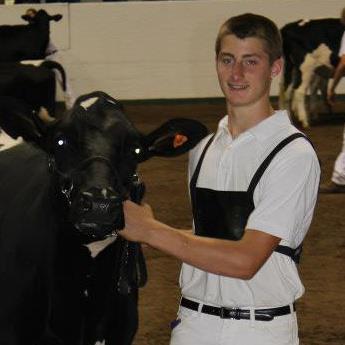 Name: Austin Schmitt
FFA Chapter: Royalton
Year in School: 11th Grade
Favorite Color: Blue
Fun Fact: Along with a ton of other cool stuff, Austin makes his own maple syrup and honey, plus he raises sweet corn in the summer.
Austin comes from an FFA family.  All of his siblings are FFA members, so he followed the family tradition.  Austin also lives on a dairy farm, so he thought that joining FFA would be a good way to learn more about the Agricultural Industry and farming.  The various opportunities that this organization provides to its members are what Austin found appealing.  The chance to do so many different things in one organization was very attractive.

Austin jumped right into exploring those opportunities.  In ninth grade he competed on the Fish and Wildlife Career Development team.  Last year he decided to try the Crops CDE team instead.  It looks like he found a good fit for him as he placed 37 out of 150 at STATE! In addition to playing an active role on his chapter’s CDE teams, Austin has also accepted the challenge to lead and currently serves as Chapter Vice President and the newly elected Region II Vice President.  As chapter Vice President, Austin has been very active in finding resources and building support for his chapter.  He helped to plan a trip for his officer team to attend a neighboring chapter’s meeting to learn more about effectively running a meeting.  He has also been a driving force in organizing chapter events such as a haunted house food drive.


Austin sees the value in developing a strong Supervised Agricultural Experience and is working towards earning his State Degree.  His SAEs currently includes raising and selling sweet corn and Dairy Entrepreneurship.  He has high expectations for both of his Supervised Agricultural Experiences and is continually working to improve them through detailed record keeping and attention to detail.  Next year Austin plans to continue developing his leadership skills through running for Region II President.  His passion for agriculture shows through in his current dedication to his family dairy farm.  Although he is unsure if returning to the farm is in his future, he does know that his future career will be in agriculture. 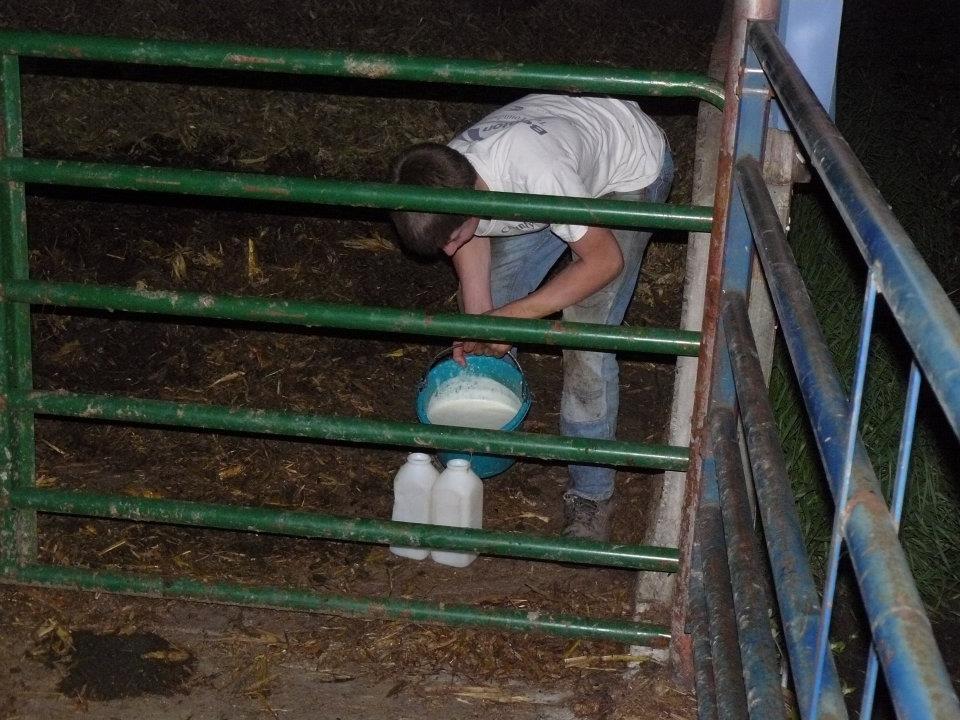 His favorite part of FFA ties in nicely to what drew him to the organization in the first place.  Austin loves that FFA “has a something for everyone” and “just because you are in it, doesn't mean that you HAVE to be a farmer.”  Austin values diverse opportunities and sees this as a strength of our organization.  He also likes that FFA gives each individual a chance to shine.


Austin’s chapter went through a difficult time as the Agricultural Education program at his high school was cut.  They now have a new advisor and are working with the School Board to reinstate the program.  Going through this process has taught Austin not to take Agricultural Education in schools for granted, and that if he really wants something, he will have to work hard for it.  FFA has also taught him very valuable communication skills and how to find resources for when advice is needed.


Austin has been hard at work spreading Agriculture and FFA’s message to his community through chapter events.  This fall he helped organize his chapter’s haunted house food drive.  The price of admission for the haunted house was a food item to be donated to the local food shelf.  His chapter is also involved in fruit sales and this year partnered with another organized to help with a haunted trail.  They also weed a corn test plot.  Future plans for the chapter includes redoing the landscaping at the front of the high school and purchasing a greenhouse to grow plants for the school’s lunch program.

Congratulations to Austin Schmitt for his drive as a leader and for being this week’s FFA Member of the Week!
Posted by Minnesota FFA State Officer Team at 2:44 PM